Pick up and play!

Get it now here

Zerg: Heart of the Swarm 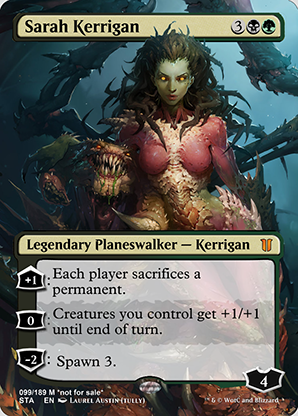 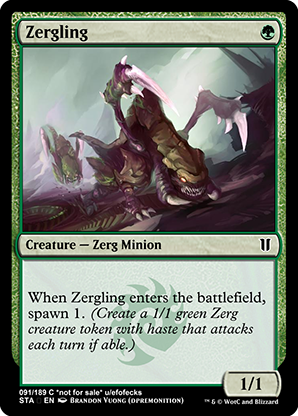 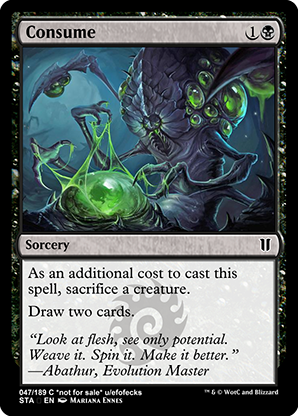 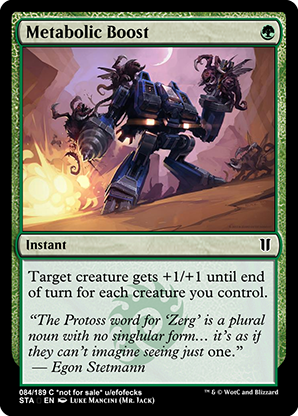 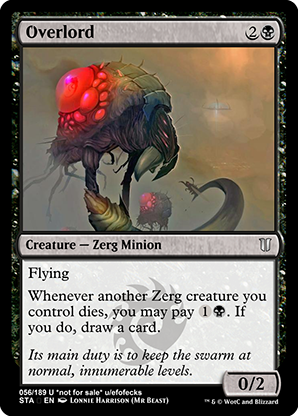 Protoss: Legacy of the Void 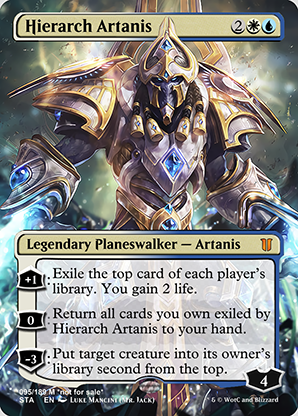 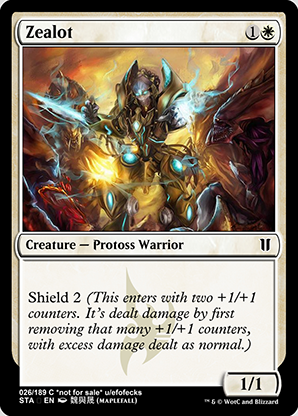 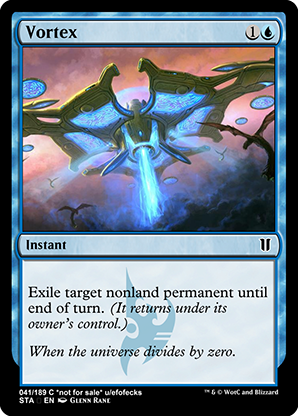 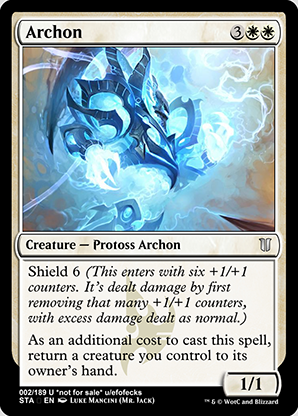 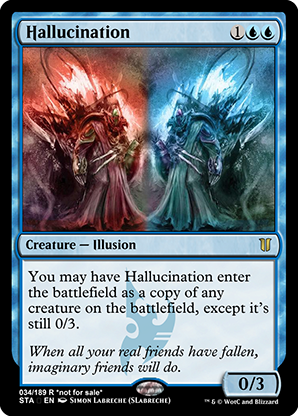 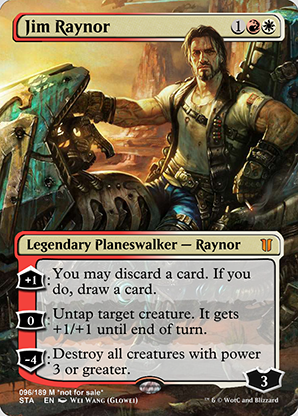 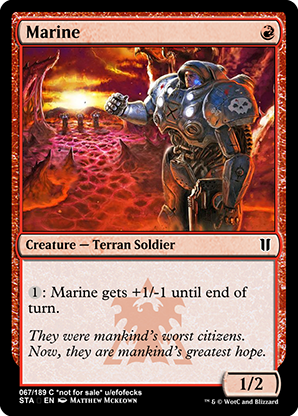 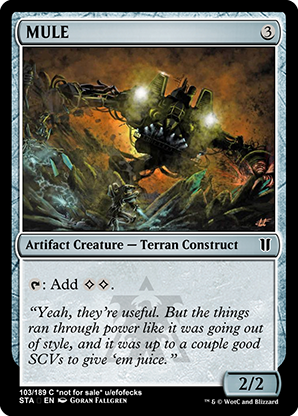 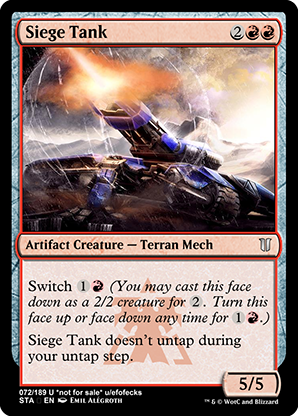 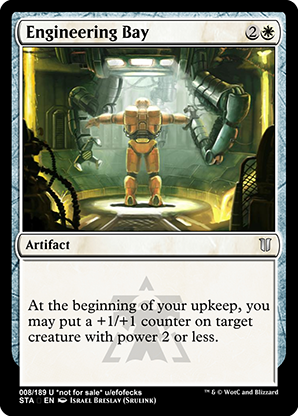 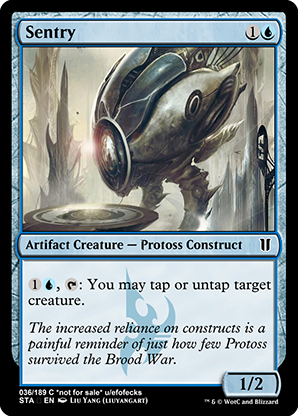 Adjusted brightness for the ff cards, otherwise might be too dark for printing

Terran was falling way behind on wins compared to the other two, so bumped up power a wee bit and tightened up design synergy.

Flagged for ability being not that good to play. Significantly more powerful as late-game rather than early agme. As a 1/1 totally useless at start, most often held in hand as a Zombify instead of played.

Will change to different implementatipon

flagged for being too strong as an instant mana sink and increasing board complexity. Testing sorcery speed

Flagged by several people as "strong", pointing to first two abilities. Experience shows that in this deck, protoss is usually behind with creatures and you'll need last ability to stabilize. For testing using only first two abilities

It removes the counters from the permanent. I checked Ixidron and I should probably specify nontoken as well, thanks.

This card does not remove shields but it strenghten them by removing their disadvantage. It may be a flavor fail. Also, are token able to be turned face down ?