A metropolitan world becomes shattered into an amalgamation of five possible futures.

Archeia was once a plane of progress, a place where the Humans who dwelt there had built up a great city and developed technological and arcane wonders. But then one day someone played with a force that should never be altered. Time.

The world was fractured into five different segments. Five possible timelines coexisting. And the plane descended into chaos.

This future most closely resembles the world of Archeia as it was before the temporal catastrophe. In the city hub, scientists, politicians, and everyday citizens rally together in a desperate last stand against the forces that press in on them from all directions. Further out, on the city outskirts and among outlying farming communities, secret bases are being established to make more organized strikes, and to get to the bottom of what happened. Reversing it, if Possible.

The current Resistance mechanic is Hope, a mechanic that rewards players for having fewer creatures in their graveyard than other cards.

This future is a world where time travel experiments were a success. An agency was eventually put in place to ensure time travel was not abused. The corruption within this agency eventually led to it becoming the de facto government over the great city. Some members of the Enforcers used time travel to bolster their past technology, granting a significantly more advanced culture, technologically, than the other timelines. After the catastrophe, the Enforcers knew there was likely no going back, and so they resolved to bring these other worlds they were a part of under their control. The Enforcers ruthlessly prosecute any who would oppose them.

The enforcers' mechanic is still undecided, but will likely interact with Scry in some way.

In the world of the swarm, humanity has been completely eradicated, replaced by their once-subservient constructs. The people had been developing ways to augment their physical forms with technology, and designing powerful now AIs. Eventually, the growing intelligence of the synthetics led to an uprising, and humanity was defeated when the Synth Swarm learned to hack into their cybernetic augmentations, turning the enhanced populace into little more than a collection of drones. The Synth Swarm had thought it was rid of the oppressive humans, but once more find themselves surrounded by organic pests.

The swarm's mechanic is not yet decided

In the ancient past a massive explosion of magical energies twisted the life of this timeline into horrible mutants, creatures devoid of intelligence or any uniformity. A world where there is nothing except to be the strongest. A world where the unstable forces within each of these horrors threaten to further mutilate them at any moment.

The mechanic of the mutants is Emerge, returning from Eldritch Moon

In this timeline, humanity extended the borders of the great city well beyond the size that it reached in the other timelines. Unfortunately, the infrastructure and technology of that time could not save the people from an unknown cataclysm of massive proportions that put humanity on the brink of extinction. That was hundreds of years ago. In the present, Humanity has become a loose collection of semi-nomadic tribes that scavenge relics of the past to sustain their society.

The scavenger mechanic is Salvage, which allows you to create Relics, which are typically sacrificed for an effect.

R
Sorcery
Look at the top card of target player’s library. Choose one –
• Exile that card. You may play that card as long as it remains exiled, and may spend mana as though it were mana of any colour to cast it.
• That player discards a card.
0 comments
Chronological Engineering

M
Enchantment
You may cast nonland cards you scry as you Scry, rather than putting them on the top or bottom of your library.
When Chronological Engineering enters the battlefield, Scry 3.
4 comments
last 2021-02-15 13:26:22 by SecretInfiltrator
Delay Existence

C
Instant
Return target nonland permanent to its owner’s hand.
Monitor – If you looked at any cards in a library this turn, put that permanent on top of its owner’s library instead.
0 comments
Rusted Ravager

It needs an "as you scry" though to define the timing better.

"as though they had flash" or not? 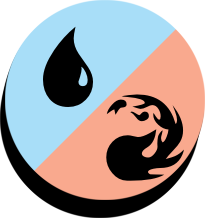 Oh right escape is a thing. Let’s try another.

Yeah this seems like it's an eternal threat which might be okay-ish for a rare depending but definitely not for a common.

So escape with a fixed mana cost? Works in Grixis.

Reconfigure 1 seems far too easy to pull of for a common.

Draw two scry one, for 3; or draw 4 (one revealed) for 5. Decently potent in both modes; having the choice might be a bit good? Foresight is an interesting mechanic though. Though it's also yet another "Pssst. Did you know? Blue can draw cards!" non-combat mechanic.

All is exactly as I have foreseen...